Back to Search Results | New Search 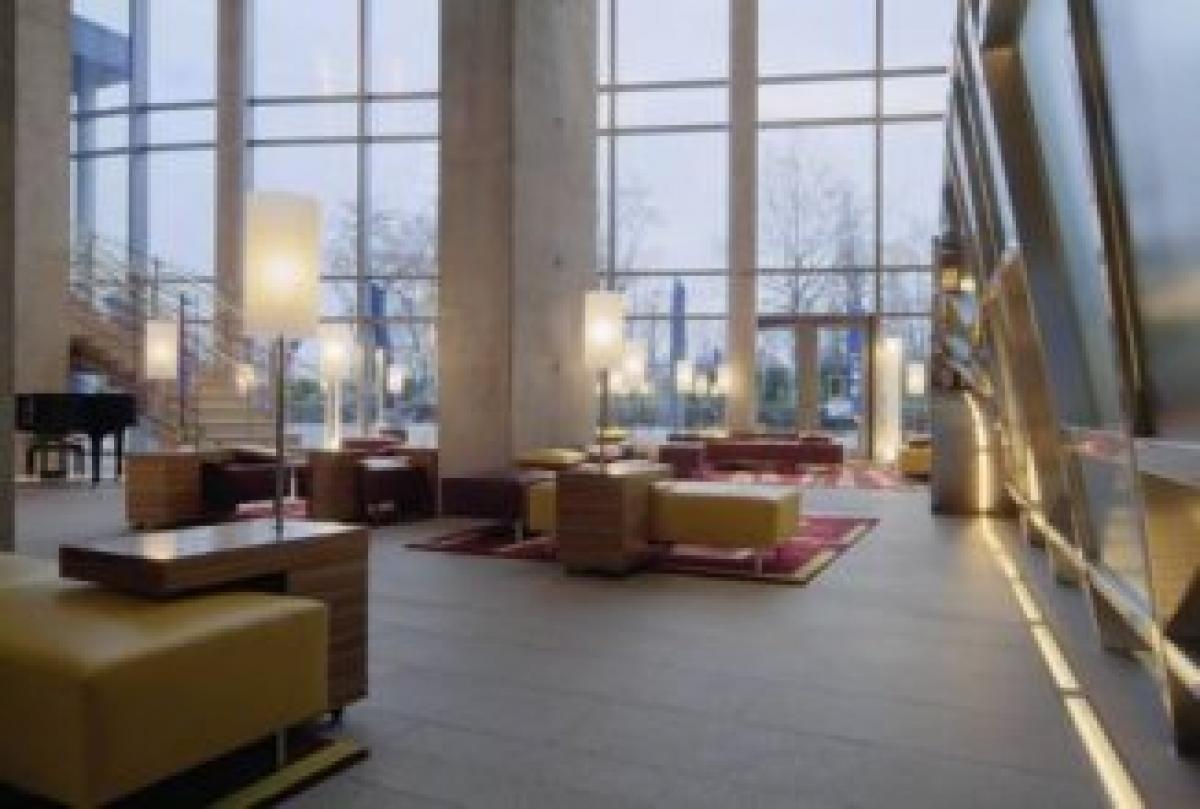 The project is a four-star hotel in Frankfurt am Main (Niederrad). The hotel provides 1090 rooms, including 545 rooms with high quality finishings and 545 business suites for rental, with an area of â€‹â€‹at least 30 square meters each. Hotel rooms and apartments are located in two buildings. 640 parking spaces. The beginning of construction is in March 2018. The end is in the autumn of 2019. The area of â€‹â€‹the land plot is 18 735 sq.m. The location of the property is extremely successful, because in connection with Brexit, Frankfurt becomes the banking and business capital of the European Union and many financiers and brokers who need business apartments for residency move here. Frankfurt am Main, often referred to simply as Frankfurt - the largest city in the land of Hesse and the fifth largest in Germany with a population of 700 thousand people (as of 2013). The population with the suburbs is almost 2.3 million inhabitants. Frankfurt is the center of commerce, culture, education, tourism and transport hub. Here are the European Central Bank, the Federal Bank of Germany, the Frankfurt Stock Exchange and the Frankfurt Fair. Frankfurt Airport is one of the most busy international airports, and the Central Station and the Frankfurt Motorway Interchange are one of the most heavily loaded highways of continental Europe. The hotel is located 10 minutes from Frankfurt Airport and the city center, with an ideal link to the motorway. The cost of the object is 135,000,000 euros. The commission fee is 1% of the cost fixed in the notarial contract + VAT. Profitability - 6% per annum. It is possible to provide a guarantee of completion of construction. As an alternative, it is possible to purchase a land plot for 49,000,000 euros. This cost includes all the preliminary costs, including planning and building permits. In this case, the commission fee is 2% of the cost. Another alternative is to build an underground garage instead of parking and erect a third office building on a vacant plot of land. In this case, the purchase price will be increased by 90,000,000 euros and will amount to 225,000,000 euros. When signing the NDA and LOI by a potential acquirer, he is given the opportunity to negotiate directly with the owner of the facility. A Deal deal is possible. The hotel can be purchased without an operator. The documents are ready for the deal. Additional information is available upon request.

Get prequalified for a mortgage now.
Source: World Property Journal